It doesn’t matter how much money you make

It doesn’t matter how much money you make 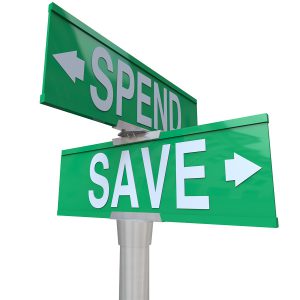 If you don’t believe me, Hillary Clinton proves otherwise. According to a June 10 article in the Washington Post, during Clinton’s “Hard Choices” book tour, she explained that she and former president Bill Clinton were “dead broke” when they left the White House in 2001. Clinton also said they struggled to pay mortgages on their multi-million dollar homes. It is hard to offer the Clintons sympathy, but this situation isn’t all about money.

Hillary Clinton, for example, commands a speaking fee of $200,000, and that’s only one source of income. With that kind of money, it would seem she and the former president should have no money troubles. But how they handle their vast income, wealth and investments has much more to do with their financial success than their income or the size of their mortgages.

How each of us handles money is called our money personality or our money style. I’ll discuss this important topic in future posts, so subscribe to my RSS feed or check back often for my latest posts. In my next post, I’ll explain the five money styles.

Hi my name is Meka, the Penny Smart Girl®. I'm an accountant, certified Quick Books ProAdvisor and a Personal Finance Expert (aka Money Coach). I love calculators, balancing budgets, and helping demystify money woes. I bring calm to my client’s chaos. I make unknowns, known. Just me, you, and a calculator or two.

Want to chat? Click the button below to schedule an appointment.

Schedule an Appointment With Meka

Please log in again. The login page will open in a new tab. After logging in you can close it and return to this page.